Peter Sagan has become world champion for the second time in a row. The Slovakian was the best in a sprint of a small group. Zdenek unfortunately was no part of it. “Of course I’m disappointed. I came for a better result than 45th.”

“It was extremely hot here in Doha and there was a lot of wind. But nothing that we did not know before. The start was quiet. This was mainly due to the headwind. We only rode 30-35 kilometers per hour. But then we had to turn right into the desert.”

Belgium took the lead and splitted the bunch into several peaces thanks to the huge crosswind. “There was a big fight to be in front. This was the most important moment of the whole race. And when we turned right again a little later, a group of 25 riders rode away.”

“I got into a second group. My Czech teammates were not far behind me, but they didn’t manage to get into the second group. It was just too difficult. We chased and we were only 30-35 seconds behind the first group, but then we hit the local circuit and we lost it.”

“I honestly did not expect we would not close it, because we were close for a long time. I finished 45th eventually. Not the result I was hoping for, but okay. It was very hard and it was my last race of the season. Of course I’m disappointed, but I could not do anything more.”

“Now I will take some rest and holiday. And soon I will be thinking about 2017.” 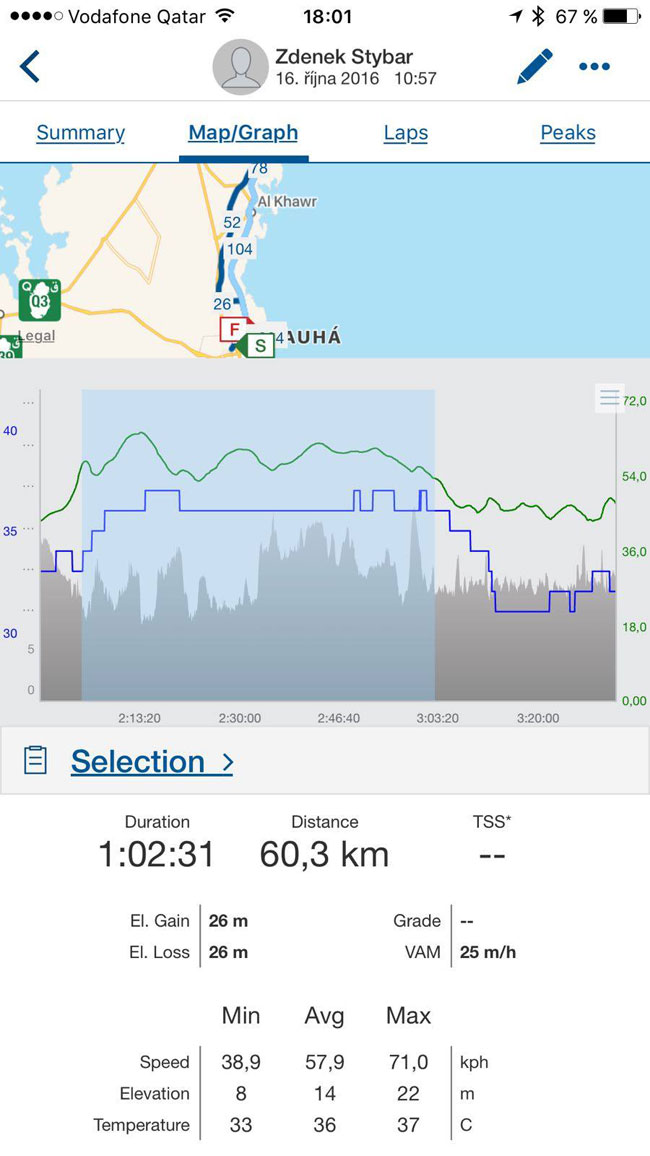