Styby won the third Czech cup race in Podborany, although he twice punctured!

„First time it was at the begining of the second lap. I lost maybe 30 seconds there. When I almost cleared the lost, I had second puncture. It was long way to depo and I had to change a bike for the second time. I was one minute and ten seconds behind the leader. I said to myself, that I have no chance to fight for the win and I wanted just train in the race. But I felt good and I was the third suddenly from the sixth place. There were Bina and Dlask in front of me and at the last lap they made small mistake in the forest part and I went to the first place. It is great, I did not expect it really. It is good for my psyche,“ said Styby. 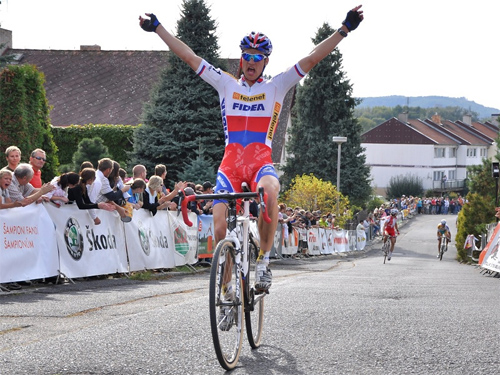